The Lake District is a beautiful part of the UK and is a magnet for photographers. There are literally hundreds of photogenic locations everywhere, including lakes, fells, waterfalls and caves. I was up there twice recently this winter. The first time the weather was not so good but the second time the weather was magnificent. Here are a few photographs from my visit. If you click on any of the photographs it will take you through to the Gallery. 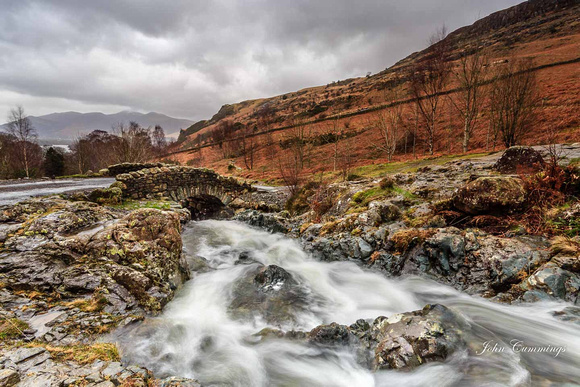 The Ashness Bridge is probably the most photographed bridge in the Lake District. It is a bridge over the Watendlath Beck on its way to Lodore Falls and Derwent Water. To get this composition I had to stand in the Beck which due to the recent high rainfall was quite a torrent. It was very interesting to say the least. 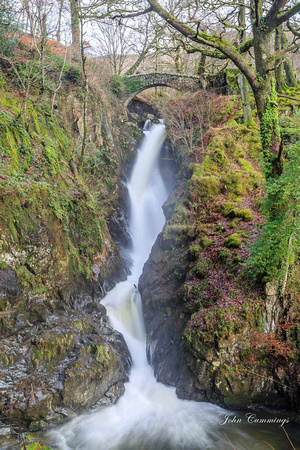 Aira Force is one of the most spectacular waterfalls in the Lake District and one of the tallest. Again due to all the recent rain it was in full force. 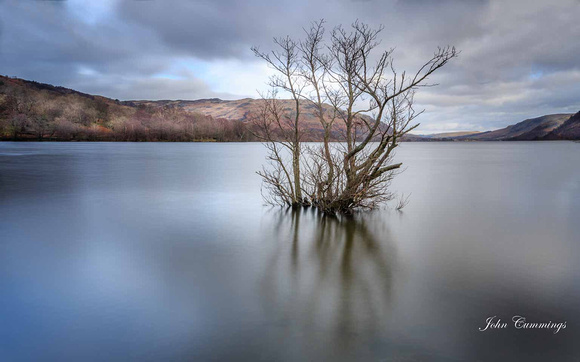 Ullswater is the second longest lake in the Lake District. This was a long exposure shot taken from Glencoyne Bay. This tree is usually above water which shows to some extent the level of flooding that has taken place. 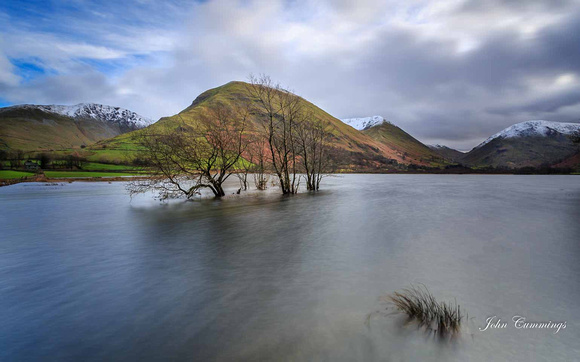 Brothers Water is a small lake to the south of Ullswater. From the northern end there are great views of up the valley towards the high fells. 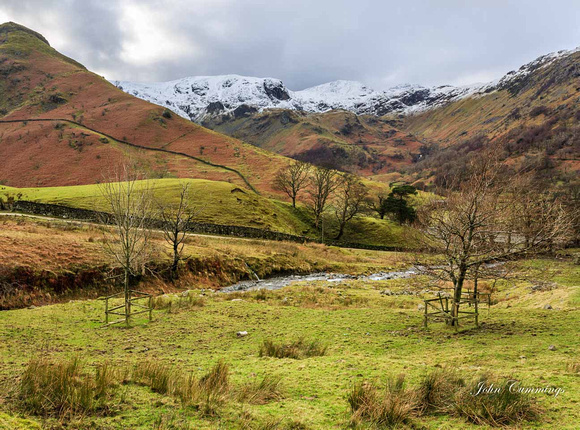 The Kirkstone Pass is a spectacular route from Windermere and Ullswater. Due to damage caused to the A591 by last year's storms it is now the main link between the two. 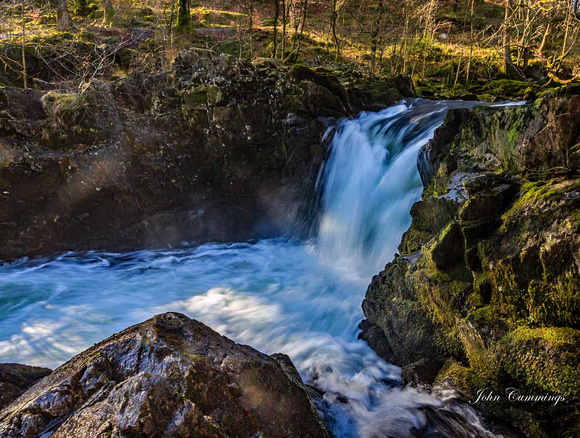 Skelwith Force on the River Brathay is spectacular in the right conditions. It is not easy to photograph because of all the spray. This was as close as I wanted to get. 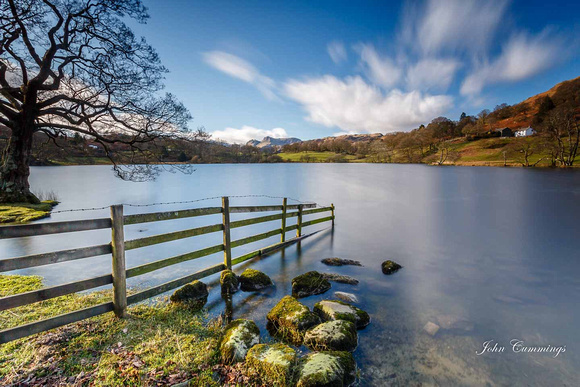 Loughrigg Tarn is a lovely little tarn with views of the Langdale Pikes. 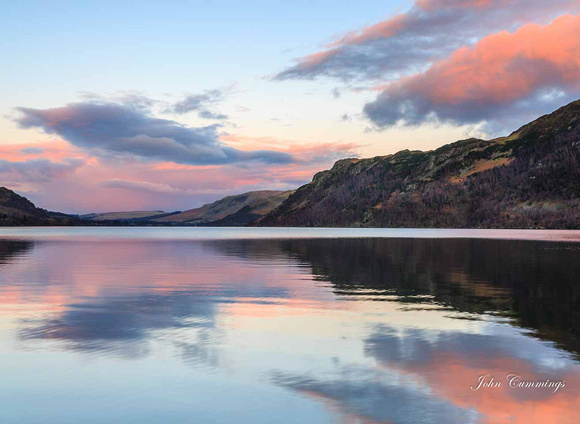 Sunrise and Sunset is often the time when the Lakes are at there best. This is a sunset at Ullswater taken at Glencoyne Bay. 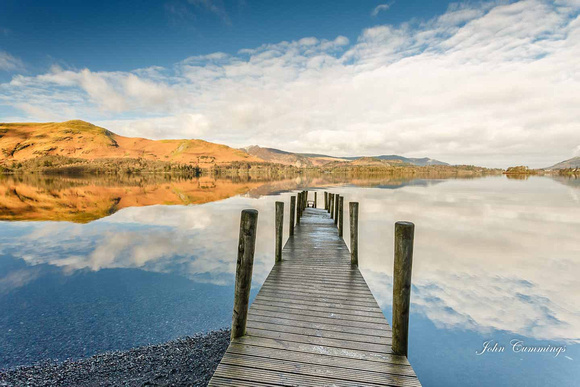 This is a shot of one of the Lake District's most popular locations- the Ashness Jetty. This Jetty can be found on Derwent Water on the road to Borrowdale. It is not an easy shot to do because if you want to get the horizon level the jetty slopes to the right. This has been made worse by the recent floods. I wanted to get the horizon level hence the sloping jetty. You can shoot this in portrait mode but because of the reflections I decided to shoot it in landscape mode. 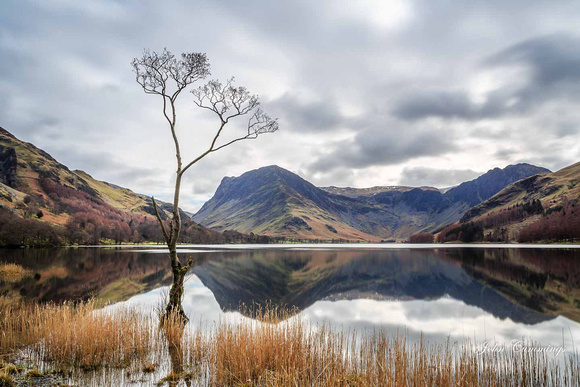 Another of the Lake District's signature shots. This time the tree at Buttermere. This tree is situated at the northern end of the Mere. The morning I was there it was very calm so I was able to capture Buttermere at its best complete with the reflected surrounding fells. 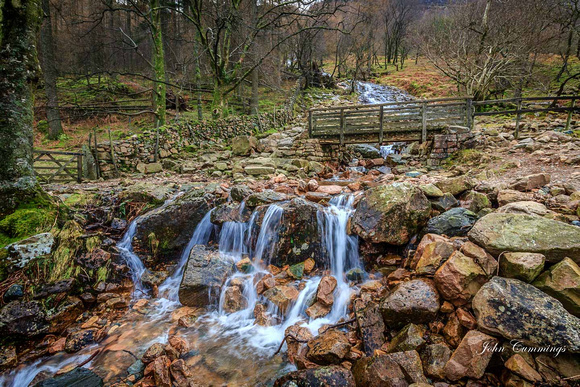 Sourmilk Gill is a small waterfall that flows off the fells into Buttermere.

Loweswater is not as well known as its more famous neighbours-Buttermere and Crummock Water but it is worth making the effort to get there. At its best it can give wonderful reflections. I was very lucky to be there late one afternoon to get this shot. It is actualy a panorama of three shots stitched together. 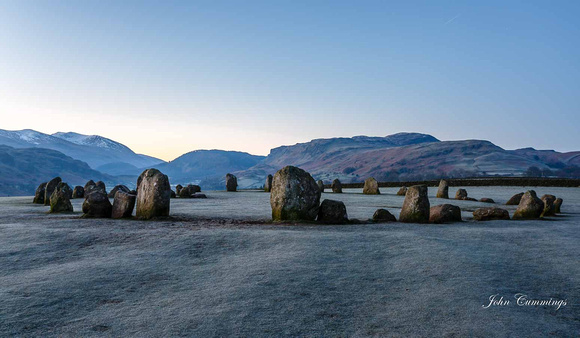 Castlerigg Stone Circle is a fabulous Neolithic stone circle and is around 4,500 years old. It is situated to the east of Keswick and has panoramic views of the surrounding Fells. The Druids certainly knew how to pick a location. This is a shot taken just after sunrise on a very cold and frosty morning. 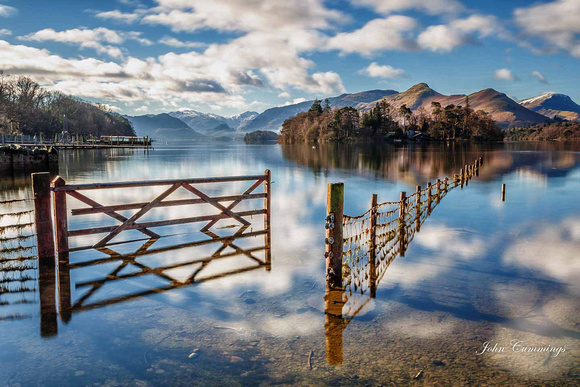 This is a shot of the famous "Fence and Gate" at Derwent Water. It has been photographed many times. I have never seen the gate open before. It is almost like a gateway to the Lake District. 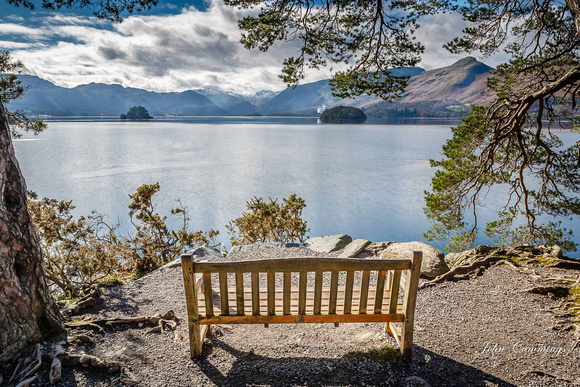 Friars Cragg on Derwent Water is a great place to sit and admire the view. I had to be quick to get this shot of the bench before anyone wanted to sit on it. 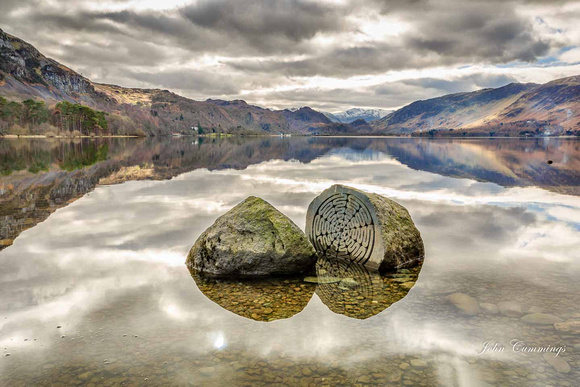 The Centenary Stones at Calfclose Bay on Derwent Water were put there in 1995 to celebrate 100 years of the founding of the National Trust. They make a great foreground to the backdrop of the view towards Borrowdale.

Surprise View has one of the best views in the Lake District and looks out over Derwent Water and Bassenthwaite Lake in the distance.